ROSSS donates a school in the municipality of Monte Urano 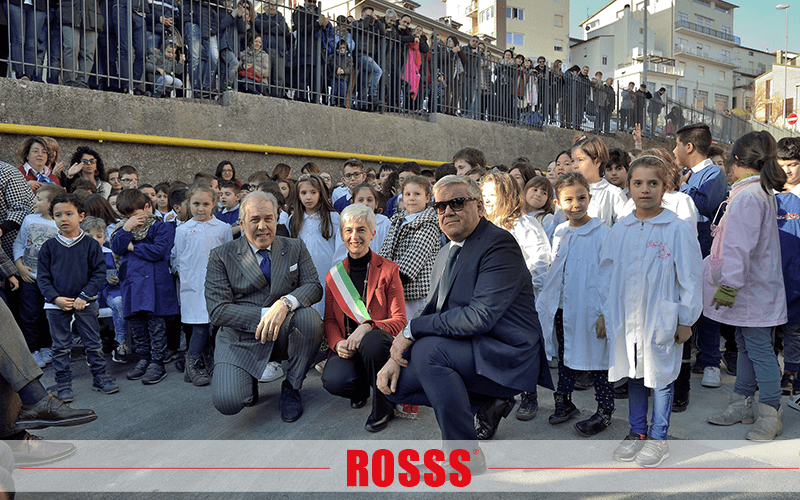 On Saturday 2 March in Monte Urano, in the region of Marche, the school was donated by ROSSS S.p.A. together with the about twenty companies and associations that have cooperated to the realization of the project.

The construction of this school, adjacent to the old building still in use, has allowed to secure children. In fact, a special exit was provided for children using the school bus and another exit for those who go to school on foot or accompanied by their parents. Furthermore, thanks to the realization of the module, two classrooms have been freed in the old complex, which will host two full time classes next year, so as to meet the needs of the citizens.

In the three classrooms the classes of the primary school will take place and in the three workshops the students will be able to improve their language skills, thanks to a « mobile language laboratory« , and keep alive the musical tradition of the country. Monte Urano boasts a band that this year celebrates 145 years and every year the City finances a project aimed at the inclusion of children in the band.

ROSSS is proud to have promoted the realization of this project!

This website uses cookies to improve your experience while you navigate through the website. Out of these, the cookies that are categorized as necessary are stored on your browser as they are essential for the working of basic functionalities of the website. We also use third-party cookies that help us analyze and understand how you use this website. These cookies will be stored in your browser only with your consent. You also have the option to opt-out of these cookies. But opting out of some of these cookies may affect your browsing experience.
Nécessaire Toujours activé
Non nécessaire