A painting workshop within “Rosss” walls 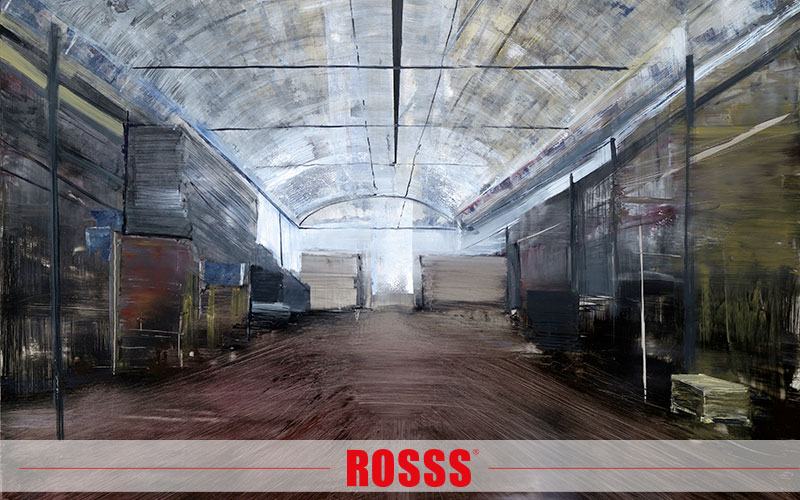 Here are the names of the ten young artists, students of the Academy of Fine Arts in Florence, who have ventured into the realization of the project carried out by the company “Rosss”.

The works, painted during a hot summer, within the spaces of the manufacturing company, are described by the precise words of the professors of the Academy: Mauro Pratesi and Susanna Ragionieri. 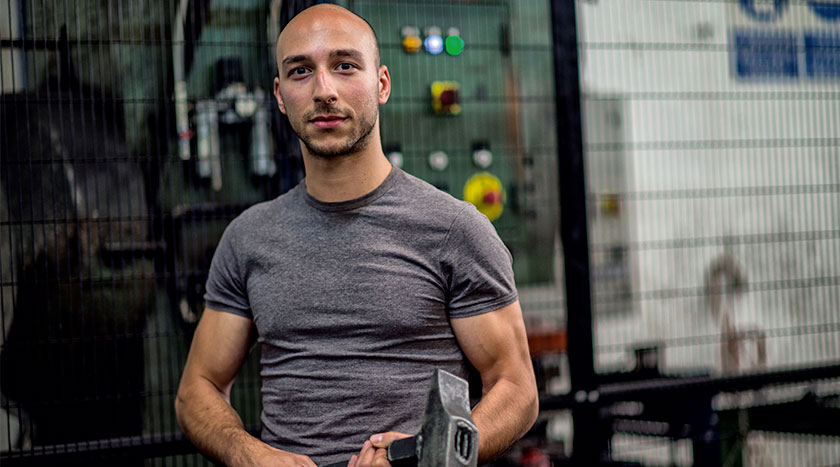 Stefano Cesarato’s interest in machines and mechanical tools has not changed: he can make them talk, give them a poetic vision, rescuing them from a deaf and gloomy interpretation.

Gears, hinges, pieces of metal sheet, metal objects come to life and acquire a poetic independence, detaching themselves from their original silent function, to converse with a new reality. Stefano seems to make us understand with his works that these objects, as mysterious as they are oppressive, have their own beat, a poetic ferment that he invites us to capture in a rarefied moment of magical estrangement. 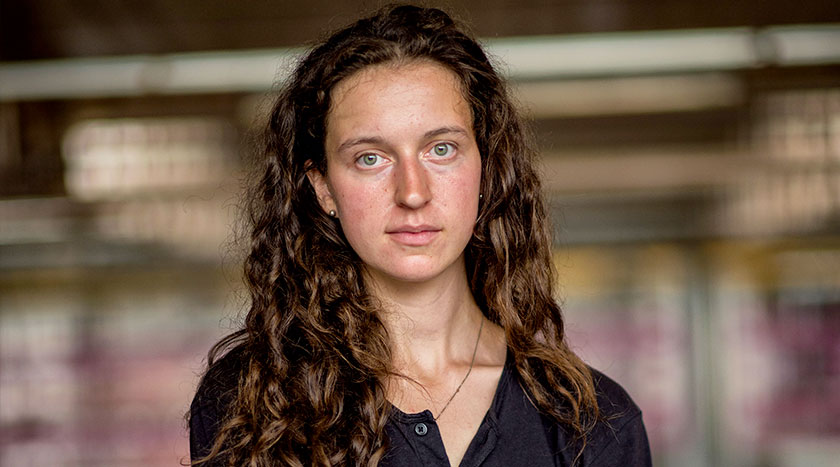 Oxana Tregubova has created a multitude of portraits executed with a rarefied, mainly graphic technique, which seems almost to be an engraving, yet with a strong pictorial sense.

Her figures depict the people who caught her attention and her gentle, attentive glance with delves into the humanity of beings as of things. Oxana represents, in the faces of these workers, a reflection of her own sentiment: every portrait is, therefore, a fragment of herself. 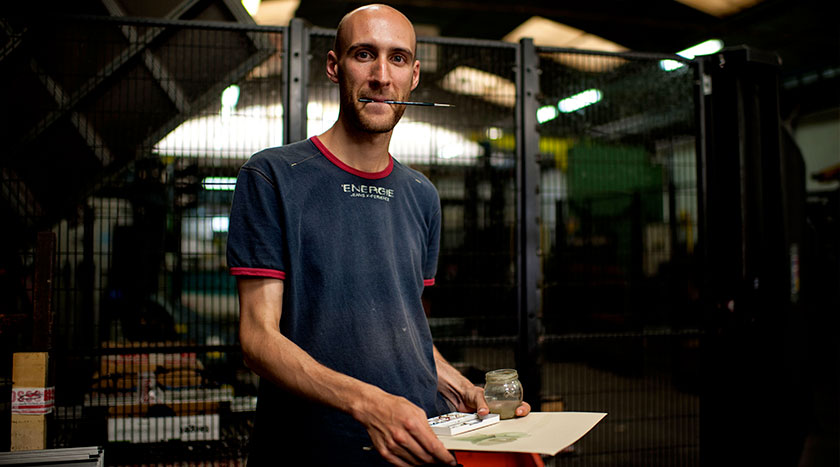 Jacopo Ginanneschi, devotee of naturalness, her reasons in terms of analogue space; for him «the factory looks like a fifteenth century altarpiece» with «a rectangular shape underneath and a semicircle above».

Aluminium takes the place of the paper often used for watercolour studies and translates clarity in the silvery sheen of suffused and radiant strokes. The De Chirico root still emerges in the metaphysical interpretation of industrial spaces. 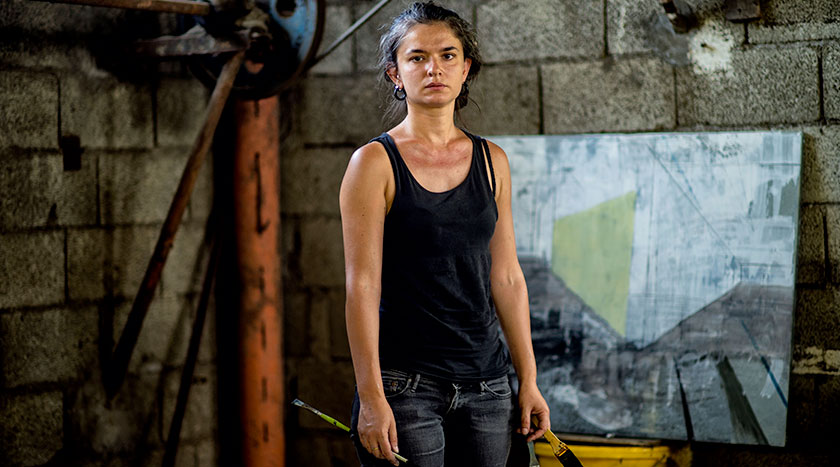 The suggestion of sacred space which is reminiscent of «the light of a church» emerges in Angela D’Ospina’s works, taking over the composition, rapidly and mysteriously propagating in strong contrasts.

The brush stroke runs and almost overflows on the metal surface, exploiting its smoothness to the full. But a perspective framework, sometimes engraved directly on the plate, contains it with a strict, abstract rigour, almost achieving engraving with painting. The factory thus becomes a landscape of the tertiary era, preceding the advent of man, a palimpsest on which traces of the past and assumptions of the future can be read. 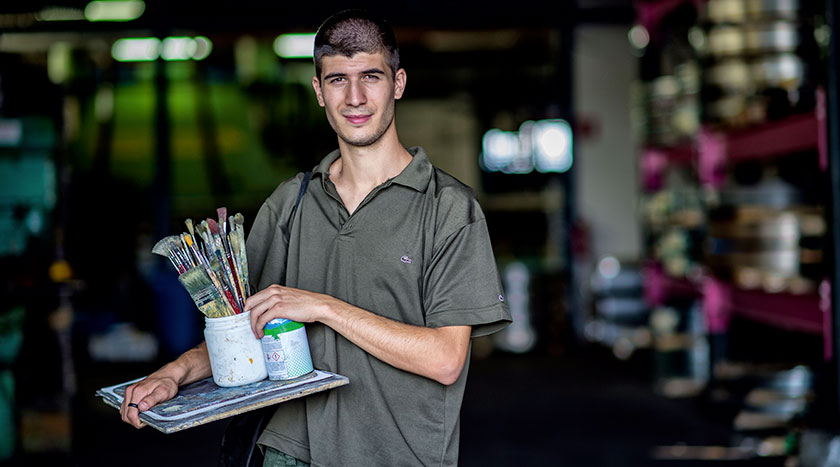 Francesco Pirazzi seems to have assimilated that it is in the poetic vision that the true meaning of the work is defined, and Francesco has succeeded in poetically capturing the intimate, personal inspiration of human work, even the most tiring and visceral, relegating the composition of man in his relationship with the mechanical object to a clear, sharp vision. The result is a vision that transcends reality to raise coarse work to poetic elegy. 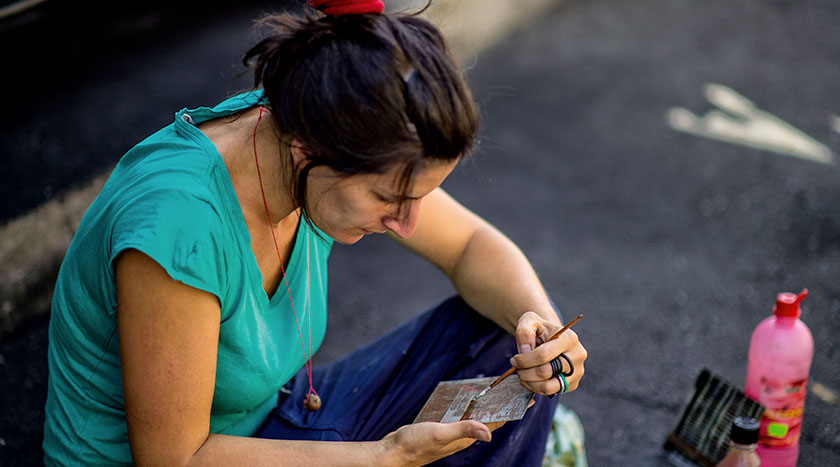 Selena Maestrini has succeeded in channelling into small dimensions the energy required to transform every composition in a microcosm of dazzling independence. They are fragments of poetry, veritable illuminations.

This time, she worked in «a space free from nature», adopting as a support the thick metal sheets used for the made-to-measure shelving; the result is «a liberation of the structure», the pure, abstract exaltation of the rhythm, first prospective, then linear, that the combination with colour or the carefully calculated rust blooms make more fragile and human. 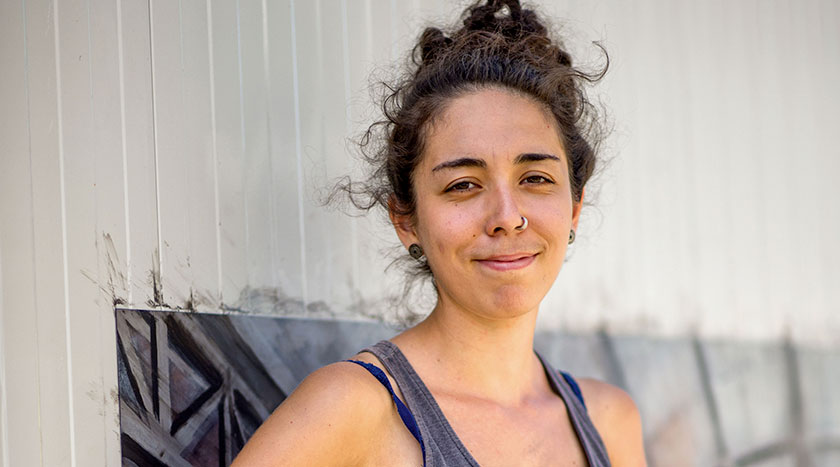 Miriam Marafioti governs space decisively, starting from her own view that groups together and divides into large diptychs, the immense interiors with the machinery in semi-darkness, which she contrasts with the exteriors in full sun.

It is here that the colour of the sky becomes an industrial enamel, hard and brilliant, while the red of the metals, the glare of the land, seem to convey again all the heat of a blazing hot summer, spent painting outside. Right there on the spot, with no shelter and with determination. 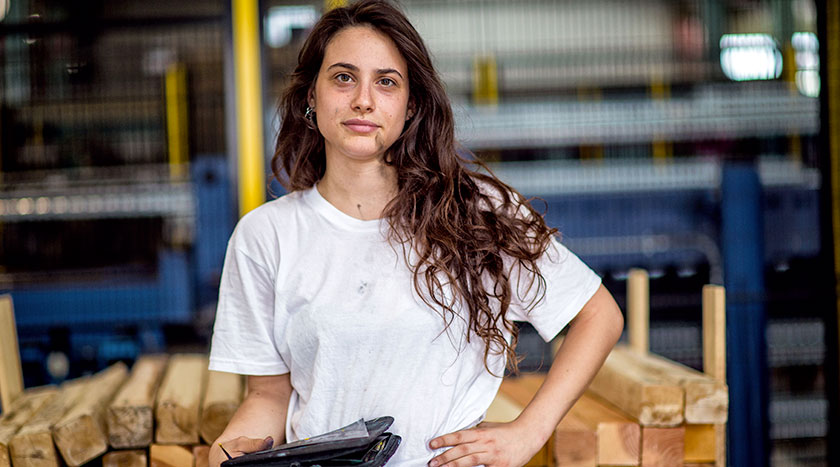 Cecilia Cirillo’s analogue photographs, but only the sense of the death and an almost contemporary shroud remains of the print. A stubborn process of rewriting the image takes her back to the domain of painting that, in the end, transforms every drop of its teeming spaces into flecks of light, darkness streaked with sparks, and iterations of intermittent rhythms.

As Cecilia knows, the truth is at stake: it is about understanding and speaking the truth. 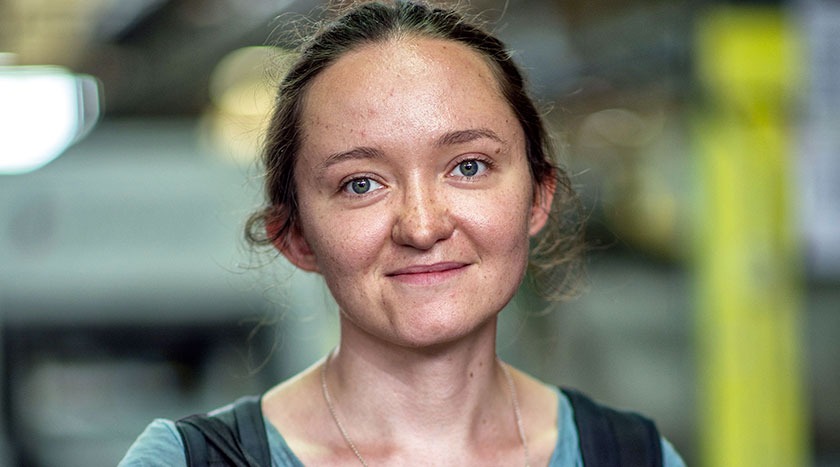 Elena Shaposhnikova with her painting starts with serene, infinitely poetic expressions to then descend into the heavy, dense rhythms of pure live metal; fast-paced, strident rhythms which ignite the heart and senses. So, her painting, which is outwardly placid, achieves highly sensitive, vigorous brush strokes and colours which reveal a very determined, mature, fully formed artist, capable of extensive poetry. 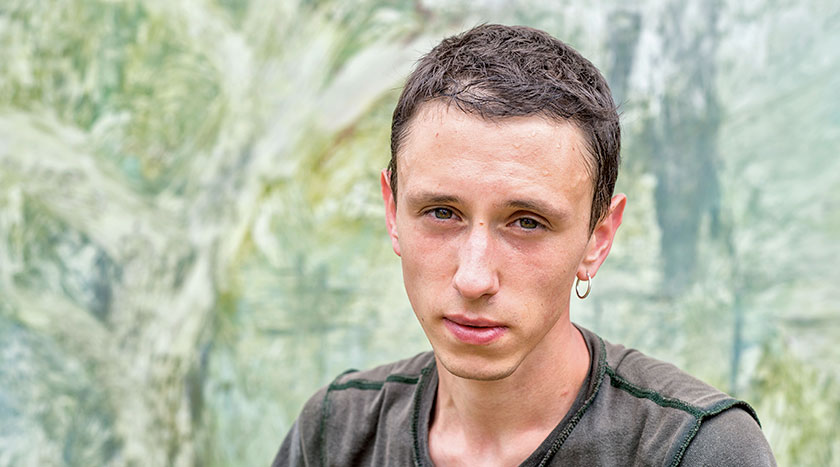 Luca Ceccherini has an introverted character, which is sometimes indecipherable. Nothing is figurative in his works, even where he breaks man down into his true, dramatic being, with powerful distortions which allow the isolated force of the individual to emerge with a very rare and unexpected power in a young man, who is barely twenty years old.